Charles Grande is the founder of FilmProjects.org and serves as its Executive Director. He holds an MA in Theology from Catholic University of America, Washington DC, and an MA in Counseling Psychology from Assumption College in Worcester, Massachusetts. Born and raised on the East Coast, Charles grew up within an innate sense of social justice. With this goal in mind he launched FilmProjects.org with the goal of reaching those on the edges of society in an attempt to exemplify that happiness and fulfillment are gained through acceptance of oneself. FilmProjects.org tells the stories of ordinary people facing horrific challenges yet who respond in extraordinary ways. These stories give hope and encouragement to us all. The media of film was chosen because of its major influence in our society. David Lewis is an award-winning filmmaker, journalist and book editor. His film career began in 2002 when he wrote and edited “Under One Roof.” Since then, he has written and directed several features, including “Rock Haven” and “Redwoods” (winner of the prestigious Iris Prize in Wales). He also wrote and produced a 20-minute short called “Can’t Buy Me Love,” which won audience awards at film festivals in Dallas and Long Island. All of his feature films have been acquired by TLA Releasing for distribution. His movies have played at film festivals all over the world. Mr. Lewis, a writer since childhood, shared a Pulitzer Prize as an editor at the San Jose Mercury News. His editing work has won numerous awards at the San Francisco Chronicle, where he also reviews films. These days, in addition to his film and newspaper work, he is a writing coach for novelists. He currently has several feature films in various stages of preproduction. David Wang is a San Francisco financial specialist who has been involved in the film industry for the past decade. He served in producing capacities for three of Mr. Lewis’ previous films: “Rock Haven” (producer); “Longhorns” (executive producer); and “Redwoods” (associate producer). A veteran participant of numerous film festivals across the country, Mr. Wang has been part of the financial services industry for the past two decades, his latest stint being at Charles Schwab. As a graduate of the University of Hawaii, he earned degrees in both accounting and MIS. 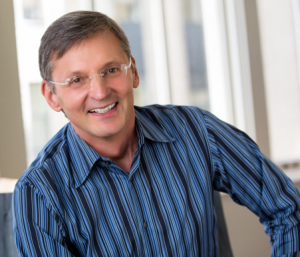 As an award-winning filmmaker, Denis Chicola believes deeply in the power of film to open people’s hearts and minds — to each other and the world we share. His awards for writing and directing include a local Emmy for the educational series, “Talk About AIDS,” a gold medal in the New York Film Festival for a short exploring the imagination of children, “Imagine,” and an MTV Video Music Award for Patti Austin’s, “We’re All In This Together.” Mr. Chicola’s feature film credits include, “Green Plaid Shirt,” which opened festivals in Los Angeles and Berlin. Denis Chicola began his career producing advertising and marketing campaigns for Levi Strauss and Co. and was awarded Communicator of the Year by the International Association of Business Communicators (IABC). Currently, he works as director of communications at the Evelyn and Walter Haas, Jr. Fund, a private family foundation in San Francisco. Mr. Chicola oversees film, digital, and print efforts aimed at advancing rights and creating opportunities so all people can live, work and raise their families with dignity. 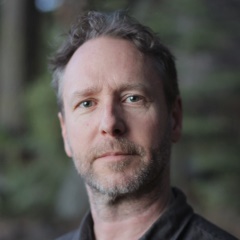 Frazer Bradshaw makes films, both as a director and as a cinematographer.
Frazer attended a fine arts high school, where he got an early foundation in the traditional visual arts. Not until his fifth year of art school did he first begin working in film. As a director, Frazer is driven by the art/content side of filmmaking and by the medium’s capacity to communicate the complex and the profound. Frazer’s first directorial feature, Everything Strange and New, premiered at the Sundance Film Festival in 2009, and went on to win an International Film Critics Prize, and the Cinevision Award in Munich. It was also nominated for two Gotham Awards and an Independent Spirit Award. Everything Strange and New played theatrically in major markets and is in distribution through IndiePix. He has also made a number of short works, most notably, Every Day Here, which played Sundance in 2000 and Could Have Been Utah and The Rest of the World, which screened at the New York Film Festival in 2001 and 2003, respectively. As a Cinematographer, Frazer is driven by the art and craft of creating visual images that serve the director’s vision and the film, overall. He has shot 13 narrative features and nearly as many documentary features, including Jamie Meltzer’s Informant (2013) and work on the Focus Features release Babies (2010), as well as too many short subjects to count, and a plethora of commercial projects.